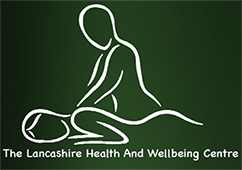 Director of the Lancashire Health and Well-Being Centre. C.I.C.,

I wanted to work with children and qualified as a Nursery Nurse in 1988. I went on to further study in 1990 and become a Hospital Play Therapist working within a hospital setting with children and young people providing therapy play to help them deal with evasive treatments and procedures. I became a team leader at Queens Park Hospital in Blackburn and then moved on the higher grade role at Preston Hospital. I married in 1994 and went on to have two children, Scarlett 17yrs and Blake 13yrs.

I changed direction in 2001 and moved to the Voluntary Sector and was employed as a Young Carers Development Worker. This was a brand new project that needed setting up. I took on the role of Young Carers Manager and grew the service over the next 3 years. I then become a Development Worker for a new Carers Service in 2004, supporting adult carers.

Over the past 8 years I have took the Service into independency, developed new services and projects, secured on-going statutory funding and grown the team.  As CEO, I is responsible for the Strategic and Operations of the service. The Service employs 14 staff, and has a Trustee Board. I had the opportunity to set up a Social Enterprise in 2011 – The Olive Branch Restaurant. Profit from the Restaurant will help sustain the Carers Service.  I completed a Diploma in Management Studies in 2010. I was a School Governor providing support to the Head Teacher on running the Primary School where my children attended.

As well as working full time, I have my own Slimming World Franchise business running a group every Wednesday evening supporting members to reach their target and dreams. I love spending time reading and watching my family in amateur dramatic productions and of course eating out is a favourite!

Any cookies that may not be particularly necessary for the website to function and is used specifically to collect user personal data via analytics, ads, other embedded contents are termed as non-necessary cookies. It is mandatory to procure user consent prior to running these cookies on your website.